For 95-year-old John Shults, the best thing to come out of the COVID-19 pandemic is coming down the aisle. His bride, Joy Morrow-Nulton, is also 95.

Together they’re proving you’re never too old to make a lifetime commitment.

CBS News first met the couple in March, parked along the banks of the Hudson River in upstate New York. (“Parked” in the slang sense.)

Shults and Morrow-Nulton have both been widowed twice but were determined to find love again, which wasn’t easy. Before they were vaccinated, they had to do most of their dating in a bubble.

“She was worth it. It was a pain in the neck, though,” Shults said of maintaining the relationship through the pandemic.

Shults’ son Pete said the two would call each other every day. “They’d find a way to get together. They did whatever it took.”

What it took, they say, was a return to simple pleasures, like long drives to nowhere, batting balloons around the house and a lot of selflessness.

“She’s richer than I am, just so you know. She bought me a walker,” Shults said. “$159, I think. I told you she had money. She did have it until she bought my walker.” 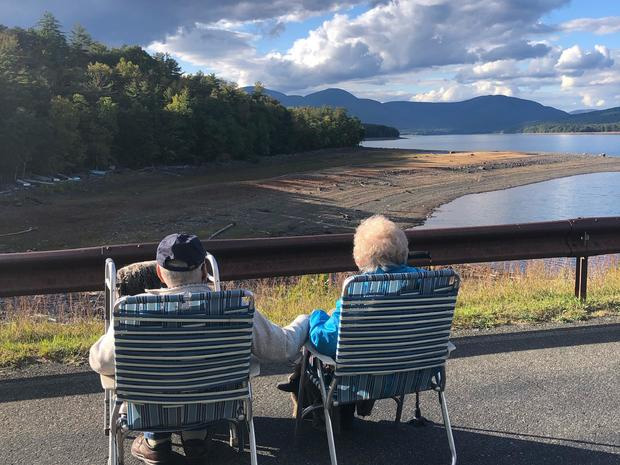 Not to be outdone, Shults bought her a little something, too. But he had to pop the question dozens of times before Morrow-Nulton said yes. “Finally I said, OK,” she said, adding that she finally accepted the proposal “when we had snow days and I didn’t come up here, I missed him.”

They recently tied the knot in a small ceremony.

Previous Post: 10-year-old boy who once lived in a homeless shelter achieves remarkable title: chess master
Next Post: Lonely widower builds pool for the neighborhood kids after losing his wife