A man swapped his seats with an old woman in an aeroplane to help her fulfil her lifelong desire. The man, according to a lady named Leah Amy on Facebook, had booked first-class seats with his family.

The man identified as Jack was said to have found the 88-year-old woman named Violet in the economy class as he came onboard. 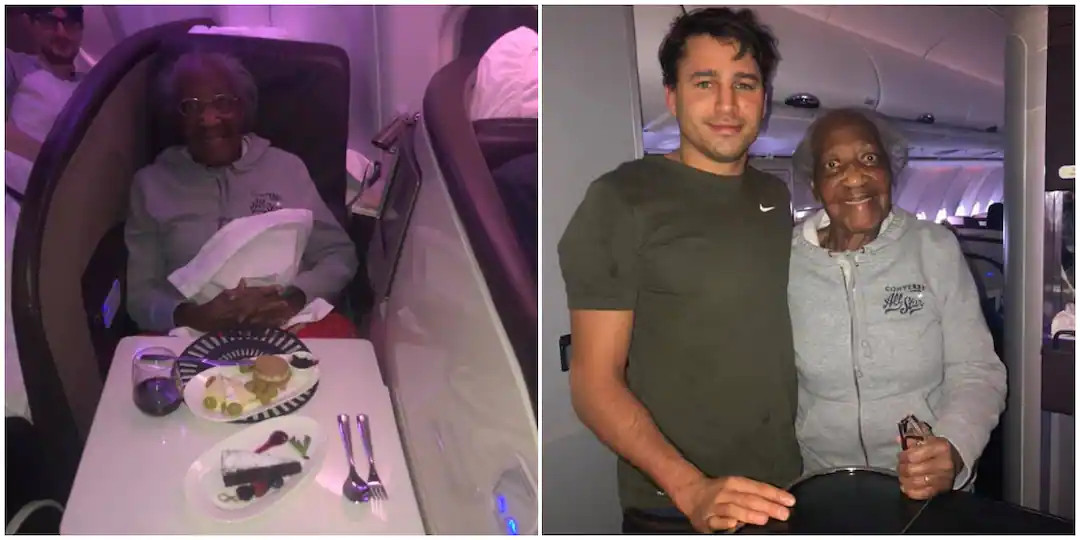 Leah said Violet – who is a nurse that travels to the UK and America to carry out her work – had always wanted to seat in the front and it came to reality thanks to Jack.

The stunned woman then requested photos with the kind-hearted man.

People gushed about Jack’s gesture and had good thoughts for him.

“Bravo Jack for your kindness and bravo Leah for sharing this lovely gesture. This post will help kindness become contagious.”

“A wonderful story about Jack and Violet. If only you had not mocked Violet’s given name. That’s who she is, not a Vera or Rose to be renamed. Cheers.”

“Jack is a product of good upbringing and possibly good compassionate people around him while growing up.”

“This world goes on for the kindness found in persons like Jack. Leah, appreciated your thoughtfulness too.”

Previous Post: Lonely widower builds pool for the neighborhood kids after losing his wife
Next Post: HEARTWARMING MOMENTS – DISABLED DOGS GO TO THE BEACH FOR THE FIRST TIME