They say that you never really get over the loss of a loved one; you just learn to live with it. This is certainly true, and the grief is felt more strongly when that loved one happens to be your spouse.

When Keith Davison, a retired district court judge, lost his wife Evy to cancer in 2016 after 66 years of marriage, he was devastated. And the deafening silence in his home in Morris, Minnesota, made the loneliness even worse.

Keith has led an active life. He is a bass and tuba player with area musical groups and was a radio operator for the Army during World War II. 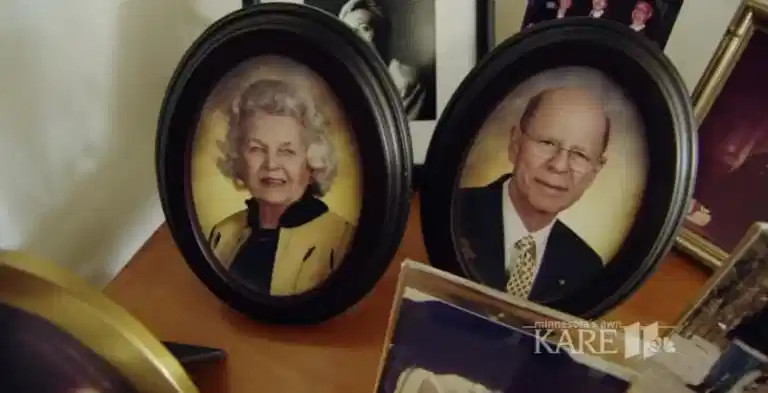 However, with his wife gone, he had no one to talk to. There’s also nothing much else for him to do, either.

“You just can’t imagine what it’s like,” he said. “You cry a lot. That’s just the way it is because she’s not here.”

After living as a widower for over a year, the solitude had become so unbearable that Keith came up with an unexpected plan—what if he built a pool in his backyard?

In 2017, the then 94-year-old Keith installed an in-ground pool in his backyard for the neighborhood kids to enjoy. Now, his once-lonely home is filled with the sounds of children’s excited squeals and laughter! 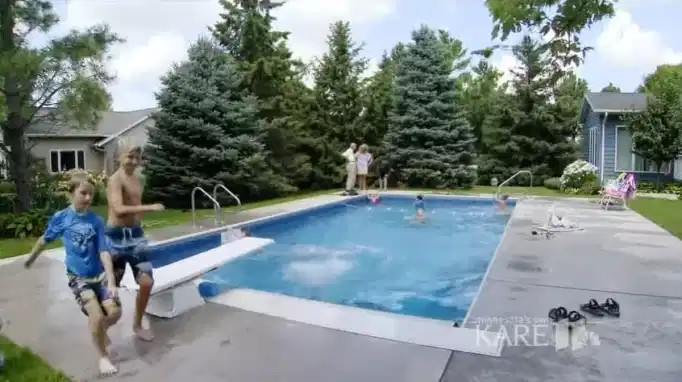 The pool became the perfect way to ease his grief and bring joy to others at the same time.

When it was completed in July 2017, plenty of families flocked to Keith’s backyard to beat the summer heat.

His neighbors thought he was joking when he first introduced the idea.

“This spring when I saw him marking the yard, I told my husband, he’s really going to put a pool in his backyard,” his neighbor Jessica Huebner said.

Since Keith’s pool opened, Jessica and her four children have been regulars. She appreciates Keith for coming up with this project because it has brought so much enjoyment to many youngsters. 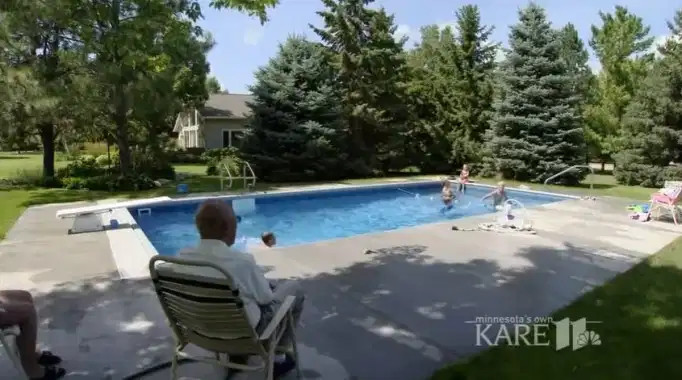 “It’s him spreading joy throughout our neighborhood for these kids,” she said.

At 32 feet long and 9 feet deep under the diving board, it’s obvious that Keith really went all out with his pool. And because their small town didn’t have an outdoor public pool, his backyard pool was a welcome addition to the neighborhood.

Jaime Mundal, a neighborhood mom, said they’re “going to be here every day.”

Keith has three adult children but no grandchildren. But that’s not a problem at all because he has more than compensated for the lack of youthful energy in his life.

“You kind of adopted our whole neighborhood of kids. These are your grandkids,” Jessica told him.

As dozens of children eagerly dive into the water and play pool volleyball, Keith watches them from the sidelines, enjoying the view from his lawn chair.

Unlike other public pools, Keith isn’t really big on rules. He has only one requirement: that a parent or grandparent be present while the kids are swimming.

Of course, it’s not only the kids that will be having all the fun. Keith said that he also likes to swim in the pool from time to time. The activity is one excellent way for a nonagenarian to relax.

Although installing a pool in his backyard doesn’t make much sense from an economic standpoint, Keith has no regrets.

“I’m not sitting by myself looking at the walls,” he said. “What else would you think of doing where you could have a whole bunch of kids over every afternoon?”

Keith is surely staying young now that he has a group of people to socialize and spend time with!

Click on the video below to see the neighborhood kids enjoying Keith’s pool.

Previous Post: 95-year-olds who found love in the time of COVID-19 get married
Next Post: Kind Man Gives up His First-Class Seat in Aeroplane for 88-Year-Old Woman, Helps her Fulfill Lifelong Dream